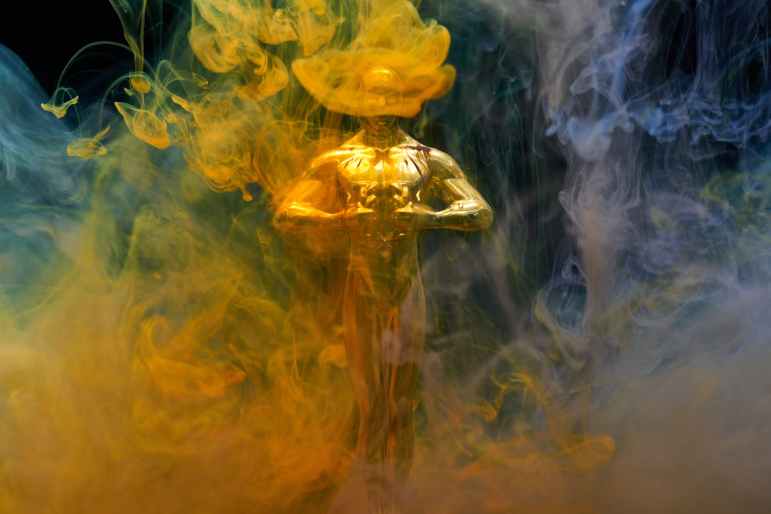 Note: This piece was originally published on March 20, 2019.

If you happen to have a Rolex, you don’t get a new Rolex until you’ve broken it. You don’t get rid of your Rolex unless you’ve gotten a better one. Your Rolex will be on your arm until you decided you don’t need it anymore. Your Rolex is silent, but it’s still a status symbol. It shows what you have, and what you can get. It shows that you can wear anything on your wrist, and it still doesn’t define you; you define it. You make the Rolex into the status symbol it is. And that’s what the new tech trophy wife is—a status symbol of your making, but simultaneously, she’s so much more.

Trophy wives in tech used to be exactly like trophy wives in any other context, or like any other expensive item: to have and to hold til death (or a mistress) do them part. The new tech trophy wife, however, is a little different. Amazingly described by @PennyRed on Twitter, the new tech trophy wife “isn’t the hot young model. It’s the most brilliant, accomplished woman you can get to give up her career to have your kids.”

She’s not a lower-end Rolex, which anyone with a spare $8,000 to $12,000 can easily buy. She’s a family heirloom Rolex. She’s the vintage Rolex who would have been more than okay on her own, but you saw her at an auction, and you did your utmost to win her. The price didn’t matter. The auction in which you won your Rolex wasn’t between you and other bidders. It was between you and your ability to convince her that everything she had done for herself, for her career, for her education, wasn’t worth as much as what she would get from giving birth to and raising your children. You needed to convince her that everything she had done for herself was worth less than the meaning the world gives whichever watch is strapped around your wrist.

Some of these “new tech trophy wives” have PhDs in STEM fields. The STEM trophy wife married to a tech mogul offers said mogul a very specific advantage: not only can she be your arm candy at business and industry events, but she’ll be the variety of arm candy who can talk with your peers and colleagues about topics that interest them on their level. She’s the multimillion-dollar equivalent of the cool girl you dated in college who could keep up with your friends when they talked about football. She’s the black-tie event version of the girl who could pound more beers than you could in your prime. She is everything your friends wish they could be, but she’s your wife. And she’s got the prenup and postnup and wedding ring to prove it.

But then there’s also the other kind of tech trophy wife. She doesn’t have a PhD in pure mathematics. She wasn’t a c-suite member of a massive tech company before she met you. She, in a nutshell, is one of three people: Justine Musk, MacKenzie Tuttle, or c (the artist formerly known as Grimes).

Let’s start with Justine Musk. She’s the author of several books. She holds a degree in English Literature from Queen’s University. She also happens to have married Elon Musk in 2000, and she gave birth to six children with him (sadly, their first son passed away when he was 10 weeks old). When they were dating, Justine pointed to a shelf in a bookstore and said, “One day I want my own books to go right there.” Elon didn’t make fun of her for that ambition, like other men might have done. According to Justine in her 2010 article in Marie Claire, Elon said that Justine had “a fire in my soul” and told her that he saw himself in her.

Brilliant, beautiful, and creative. That’s Justine Musk. Elon and Justine divorced in 2008. Per Justine, Elon said things to her like “Either we fix this marriage today or I will divorce you tomorrow.” “If you were my employee, I would fire you.” “Go platinum.” She notes that she had never wanted to dye her hair blonde, and dyed her hair dark brown after their divorce in order to get rid of all the blonde highlights she had gotten to make Elon happy. She also points out that although her ex-husband’s next wife (actress Talulah Riley) had dark hair when they first met, Talulah was blonder than Justine ever was as of 2010.

Next up is MacKenzie Tuttle. Six months ago, you would have known her as MacKenzie Bezos, the wife of the richest man in modern history: Jeff Bezos. Before she met and married Bezos, she received her bachelor’s degree in English with highest honors from Princeton University. She studied under Toni Morrison, who said that MacKenzie was “one of the best students I’ve ever had in my creative writing classes.” She published two books. Jeff and MacKenzie opened Amazon in 1994 as an online bookstore. While Jeff supplied the original funds for Amazon, they opened the company together, as partners. Yet you’ll never hear MacKenzie Tuttle called the co-founder of Amazon. Jeff Bezos is the man behind the company, and MacKenzie is the woman behind him. But a more accurate description would be that Jeff and MacKenzie opened Amazon together because that’s exactly what happened.

When Jeff and MacKenzie’s divorce is finalized, she will be the fifth richest person on the planet. But will she be considered the co-founder of Amazon? Will people know her as the woman who won the 2006 American Book Award? Will anyone think about Toni Morrison’s accolades when they think about MacKenzie?

Brilliant, beautiful, and creative. That’s MacKenzie Tuttle. But that’s not how you’ll hear about her. You’ll hear that she used to be the wife of a man; not a person in and of herself.

Lastly, there’s the artist formerly known as Grimes, now known as c. c met Elon Musk on Twitter when he realized that c had made a joke about Roko’s Basilisk in a music video long before he thought of it. Here’s a very abridged version of their dating history: they flirted on Twitter, made their first public appearance at the 2018 Met Gala together (c wore a metal collar around her neck, which Elon designed to be the shape of the Tesla logo, to that event), and faced controversy when Azealia Banks described a nightmarish weekend she spent at Elon Musk’s home (where she was staying in order to finish music she and c had begun writing together. c ended up not being available to work that weekend as Elon had tweeted a joke to make c laugh. As it got him in a lot of trouble, according to Banks, c spent the entire weekend consoling him instead of writing with her).

Today, the Wall Street Journal released an interview with c, where she says: “People, friends, keep being like, You shouldn’t have to change! But you know what? The world is a bitch. Accept the world. Instead of wishing it was different, figure out what you gotta do and do it.” Then, a moment later, “And look, I love him;” — she won’t even say his name, but she’s talking about Musk — “he’s great. There’s got to be some reason. I just think….” And now, starting and stopping again, she begins to contort her body slightly smaller, as if disappearing into a ball. “I wish.” Another stop. “Yeah. It doesn’t matter.” More thinking. Contorting. Shrinking. Then she straightens up. She has moved on. “Cool,” she says. And that is all she will say about that.”

c majored in neuroscience and philosophy, with a minor in Russian language studies, at McGill University. c’s fourth studio album was named the best album of 2015 by several publications. But when talking about Elon Musk, c is a shrinking ball who thinks all of that doesn’t matter. Everything she’s done doesn’t matter. Because even in an interview about her work, all that matters is her significant other.

Brilliant, beautiful, and creative. That’s c. But in the 12-ish hours since the Wall Street Journal’s interview with c came out, other news sources have been speculating about whether c and Elon are still together — not talking about her brilliance, her beauty, or her creativity. At first, I was furious that this was all other news sources could focus on — the would-be/could-be romance versus the absolute talent that compelled me to overcome my (sometimes debilitating) socially anxiety to ask a salesperson at the Anthropologie store in Newcastle if they could tell me which song was playing over the store’s loudspeakers because it was just so good. That was the first time I had heard c’s music. The absolute talent that made Azealia Banks fly to Los Angeles to write with her. The absolute talent that has kept her in the spotlight since she first started making music in 2007.

Then I realized that when the world looks at the new tech trophy wife (or husband or girlfriend or boyfriend or partner or significant other), all that matters is the romance. All that matters is how much the tech mogul paid for the Rolex he’s wearing. Because in tech and STEM, the best combination you can be (as a woman or nonbinary person) is smart, capable, and subservient. The smartest, most capable, and most subservient women make the best trophy wives. Once you’re romantically linked to a tech mogul, you’re the great woman doing amazing work, in the same field and on the same level as your husband, but you’ll never be named the co-founder of Amazon. You’re the brilliant writer outlining your ex-husband’s verbal abuse in Marie fucking Claire, but your ex-husband is a tech mogul, a genius, a rising star, so who gives a damn about the domestic violence you endured, the trauma you’ll have to work through, or the eloquence with which you can describe your pain?

To c, Justine, MacKenzie, and every other new tech trophy wife whose NDA keeps us from knowing your story: I hope you’re OK. You’re not alone in this, and you can get out of this. If you have gotten out, stay brave and keep running. You don’t have to wear him around your neck if you don’t want to. You don’t have to be what he puts around his wrist if you don’t want to. There’s always help, and you are worth more than what you can say at a party with his business partners.

Wishing you love, in the most real and self-aware ways in which it comes.